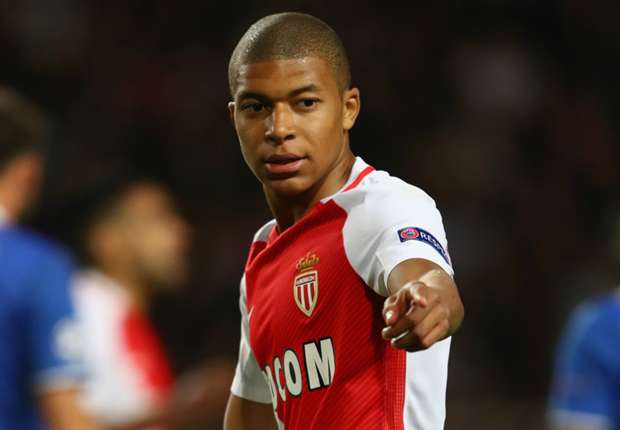 Kylian Mbappe returned to action for Monaco but it was fellow forward Radamel Falcao who struck in a friendly victory over Stoke City.

Goals from Falcao and Kevin N’Doram settled an entertaining six-goal encounter in Martigny, while Mbappe, who has been subject to fervent transfer speculation, played the whole second half in his first pre-season appearance.

Monaco threatened early when Allan Saint-Maximin’s cutback led to Thomas Lemar hitting the crossbar with a left-footed effort. But it was Stoke who took a surprise 10th-minute lead, Xherdan Shaqiri squaring following good play down the left, with Saido Berahino tapping in a rebound after Giannelli Imbula’s initial effort had struck the post.

Rony Lopes forced an excellent low save from Jack Butland, but Monaco were level after 34 minutes when an angry Glen Johnson was adjudged to have fouled Lemar in the box. Fabinho took the resulting spot-kick, sending the England keeper the wrong way.

Monaco moved in front five minutes later when Saint-Maximin weaved his way past a flat-footed Ryan Shawcross, who left the field with an injury soon after, before striking from 12 yards.

@XS_11official enjoyed his first 45 minutes of pre-season in front of a home crowd for the Swiss international (4-2) #SCFCpic.twitter.com/hZuOYwyudG

Stoke levelled within two minutes of the second half, Mame Biram Diouf impressively chipping in after Diego Benaglio had rashly rushed off his line moments after coming off the substitutes’ bench.

Mbappe failed to beat Lee Grant with a great opportunity, while Diouf had a goal ruled out for offside at the other end but, with the match hanging in the balance, two Monaco goals in four minutes midway through the half proved decisive, as Falcao stretched to tap in Djibril Sidibe’s right-wing cross before N’Doram’s tap-in from Gil Dias’ assist wrapped up the scoring.