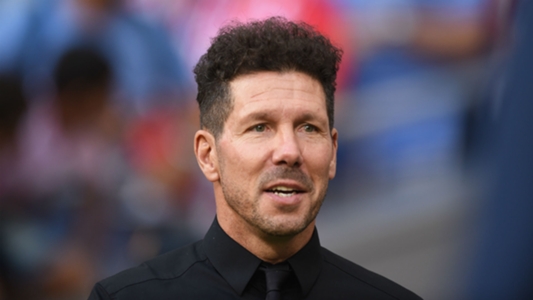 Diego Simeone insists the only way Atletico Madrid can end their current slump is through hard work.

The Argentinian leads his side into Champions League action on Tuesday against Monaco looking to turn around a poor start to the season, as they have picked up just five points from their opening four La Liga games.

Such an underwhelming return has already seen them fall seven points behind league leaders Barcelona, but Simeone says he has seen enough to suggest Atleti are moving in the right direction.

“We have had ups and downs, with good match passages,” he said at his pre-match media conference.

“The other day [a 1-1 draw with Eibar] there were good things. The only improvement I know in football is through work, it is the only way for the team to grow.”

Simeone will come up against Leonardo Jardim at the Stade Louis II and he was full of praise for his opposite number ahead of the game.

“Monaco have a very intelligent coach,” he added.

“The team has always had to reinvent itself each year and that speaks very well of the coach, who has managed to make the team competitive.

“It has a defined style and many possibilities.”

One of those possibilities is Radamel Falcao, who played under Simeone at Atleti between 2011 and 2013.

“He behaved marvellously in the dressing room – we will give each other a hug,” Simeone replied when asked about the Colombian forward.

Atleti’s Wanda Metropolitano will host this year’s Champions League final, but midfielder Koke insists they are not getting carried away about the chance of playing in the showpiece fixture on home soil.

“For the club to host a Champions League final is something incredible that two or three years ago would have been impossible,” he said.

“Our philosophy is to go from day to day and the important thing is to pass the group stage. That is what makes you continue in this competition and we are going to go for it.”