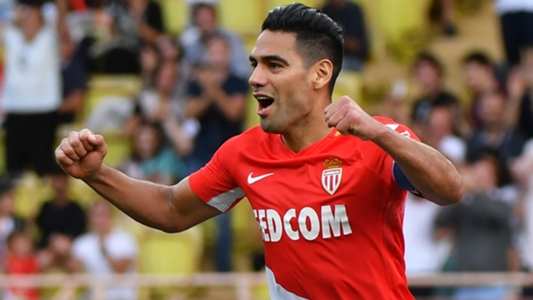 Radamel Falcao has laid down the gauntlet to Edinson Cavani and Neymar with his phenomenal finishing for Monaco this season.

The Colombian striker, who was written off by many on the back of two frustrating loan spells at Manchester United and Chelsea, has been rejuvenated in the last 18 months.

His efforts in 2016-17 helped Monaco to the Ligue 1 title, and he has picked up where he left off this term despite losing attacking partner Kylian Mbappe to Paris Saint-Germain.

Falcao already has nine efforts to his name to lead the French top-flight scoring charts, with that return coming from just 10 shots on target.

Falcao netted 21 times in Ligue 1 last season, with Cavani and Alexandre Lacazette the only men to better that return.

Cavani has started positively again for PSG, with seven goals plundered so far in 2017-18.

They, along with Mbappe, will be looking to chase Falcao down as the season progresses, but they will have to go some if they are to match the South American’s remarkable conversion rate.

Monaco will be desperate for the 31-year-old to maintain his standards, as he has become a talismanic presence.

Falcao’s efforts so far this season have seen him reach a 40-year high in Ligue 1, with few players throughout history having managed to match his burst out of the blocks.

Falcao, who netted twice in a 3-0 victory over Strasbourg on Saturday, will go in search of more goals when Monaco travel to Lille on Friday.