Radamel Falcao has sparked World Cup controversy after admitting to discussing playing for a draw during Colombia’s qualifying clash with Peru.

A 1-1 stalemate in the final round of CONMEBOL fixtures proved to be enough to see Colombia through to next summer’s showpiece in Russia, while earning Peru a play-off spot.

Both sides were aware of the situation as their game was ongoing, with results elsewhere allowing them to take their foot off the gas.

Monaco striker Falcao has conceded that talks were held on the field, with neither team needing to push for a winner.

He told reporters after the game: “We knew what was happening in the other matches, we were playing with [the knowledge of] the other results and in that moment [I tried] to transmit that.”

Falcao was caught on camera speaking to a number of Peru players, as Colombia edged their way towards automatic qualification. 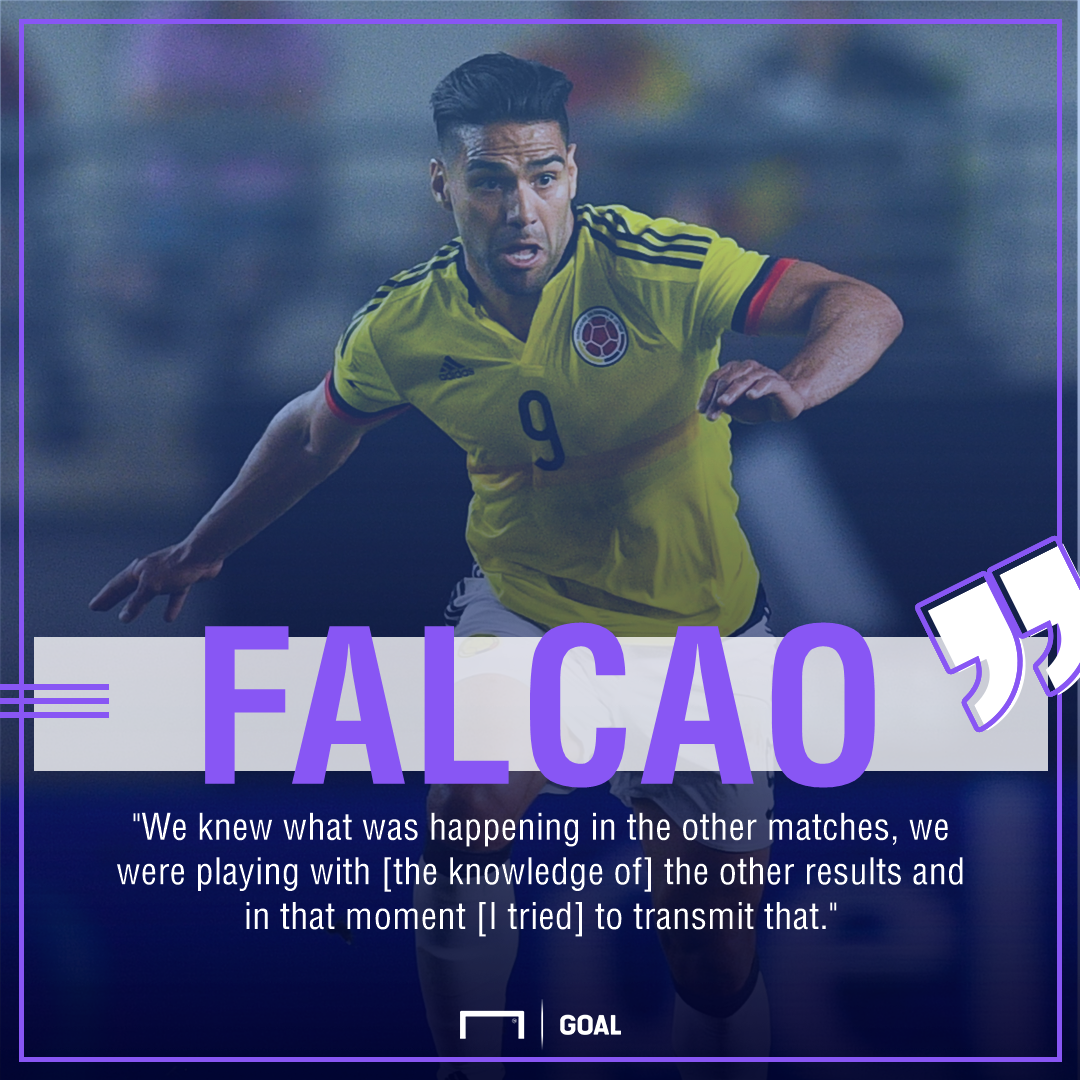 Renato Tapia has revealed that the 31-year-old did float the idea of seeing out the final few minutes with little competitive spirit.

He told Panamericana Television: “We were focused on the game and then in the final five minutes the Colombians approached us.

“They knew the situations from the other grounds. The game was managed as it had to be managed.

“I spoke with Falcao and he said to me that we were both in, so there was happiness about that.”

While Falcao’s actions have been questioned by some, with playing for a draw considered to be a form of match-fixing, Peru have moved to rubbish claims that there was any kind of “pact” between the two nations.

Former Newcastle and Aston Villa midfielder Nolberto Solano, who is now a member of the Peruvian coaching team, said: “We needed to win, them too. What pact? That’s speculation.

“Obviously, at the end, we knew what the other results were and you tell yourself: ‘calm it down a bit, we mustn’t take any risks’.”

While Colombia march on to Russia, Peru will only secure their ticket if they can successfully negotiate an inter-confederation play-off clash with New Zealand in November.