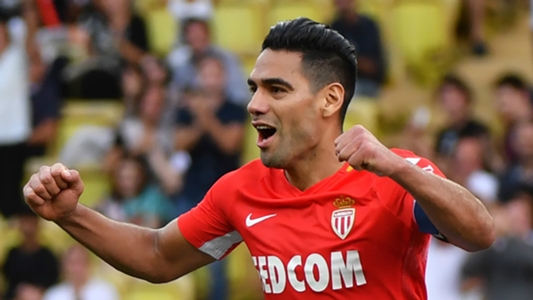 The holders claimed the trophy for the fifth year in a row thanks to a 3-0 win in Bordeaux, with Edinson Cavani scoring in each half either side of an Angel Di Maria strike.

Cavani’s first came from the penalty spot after a lengthy VAR review, in which Turpin appeared to change his mind about awarding a spot-kick only to go back to his initial decision after checking a replay.

Falcao then saw a goal disallowed for offside with the score at 2-0, although even VAR’s footage showed the decision was a close call.

And the Colombia forward pulled no punches in his assessment of the decisions after Monaco’s second final defeat in a row.

“Paris were more efficient,” he told Canal Plus. “After that, there was the referee.

“For the sake of French football, what the referee did tonight was a disgrace.”

In the mixed zone after the game Falcao continued to express his frustration with the VAR process.

“It’s frustrating when in two cases where there has been VAR, it has served to help PSG,” Falcao said.

“Sometimes, after looking at the images, nothing is clear and this kind of thing can kill football.

“PSG are very good but they needed the video referee to help them to beat us.”

Monaco will have little time to dwell on their disappointment with a Ligue 1 clash against Rennes to come on Wednesday.