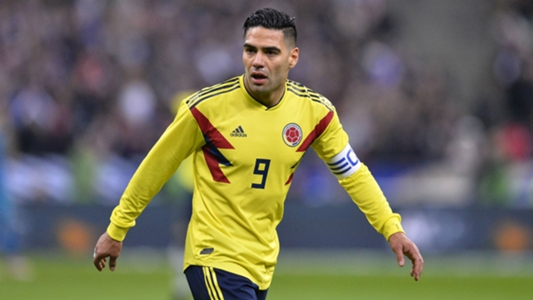 Radamel Falcao says it is “an honour” to be linked with AC Milan.

The 32-year-old, who scored 24 goals in all competitions for Monaco last season, is gearing up for Colombia’s World Cup campaign and featured in their 0-0 draw with Egypt on Friday.

His preparations threaten to be overshadowed, though, by increasing speculation suggesting the Italian giants are set to make a move for him during the off-season.

While Falcao admits he has been a long-time admirer of the Rossoneri, his focus for now remains solely on the World Cup.

“I have already said that it’s an honour they are thinking of me,” he said after the draw with Egypt.

“Milan are one of the best clubs in the world and I’ve always been following them but, for now, as I said, I have a contract with Monaco and I’m comfortable there. I feel loved there.

“We need to see their plans and their project but I’m focused on the World Cup right now. I will analyse everything once all this is finished.

“I’m keeping myself out of it. I’ve seen what the media says about it. I have a contract and right now I’m just thinking about the World Cup.”

Colombia face Japan, Poland and Senegal in Group H of the World Cup, starting with a clash against the Samurai Blue in Saransk on June 19.