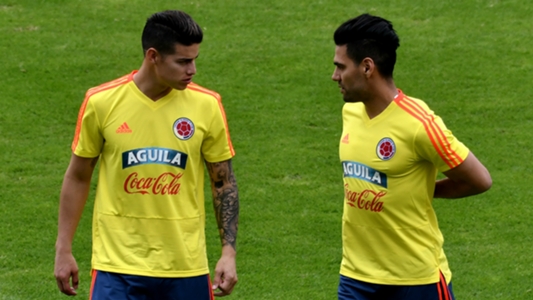 They missed the 0-0 friendly draw with Egypt on Friday, but the Colombian Football Federation confirmed the experienced duo had “intensified” their rehabilitation in an attempt to be ready for Russia.

Falcao’s inclusion will be particularly pleasing for Pekerman after the Monaco striker missed Brazil 2014 due to an anterior cruciate ligament injury.

Instead, he heads to his first World Cup looking to help improve on a quarter-final exit last time out, and with the likes of James, Juan Cuadrado and Davinson Sanchez also involved, Colombia are considered a threat to the favourites.

Their Group H opponents are Japan, Poland and Senegal.