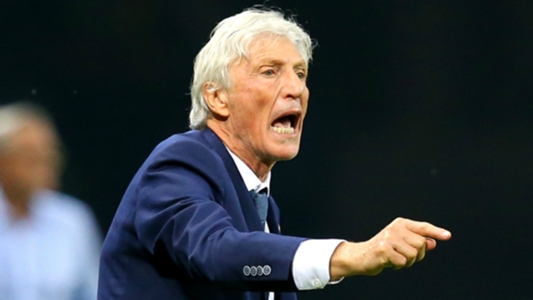 Colombia head coach Jose Pekerman dedicated his side’s 3-0 win over Poland to Carlos Sanchez and spoke about the “hard time” the midfielder endured after being sent off in their previous World Cup game.

Sanchez was dismissed after just three minutes of Colombia’s Group H opener, which ended in a 2-1 defeat to Japan that prompted criticism of Pekerman’s team.

Colombia bounced back with an impressive victory over Poland courtesy of goals from Yerry Mina, Radamel Falcao and Juan Cuadrado, while Sanchez served his one-match ban.

Pekerman was asked about reports Sanchez had received alleged death threats that evoked harrowing memories of Andres Escobar’s murder in the aftermath of scoring an own goal at the 1994 World Cup.

Pekerman told reporters: “We received certain information but to confirm such a thing, I can’t speak to that.

“The player was deeply affected by this matter and we all understand that football is something else. It is a game and we play with a lot of hard work and dedication but these things shouldn’t even be said lightly.

“Whether it’s confirmed or not, this is something that’s extremely painful.

“This victory is dedicated to Carlos Sanchez, because he has had a very hard time these last few days. We achieve this victory and I want to share it with him. I’m expressing it personally but it’s something that all the squad feels.”

Pekerman hailed the performance of striker Falcao, who scored his first World Cup goal and became the first player to net 30 times for Colombia.

“I think this is one of the greatest joys we received tonight,” said the 68-year-old. “He is a symbol of the national team and of Colombian football.

“We always hope that he can score, that he can be fit as he was today. We want to help him as a team so he can show all his skill and shine.

“That he scored was hugely important not only for today’s match but for future matches.”

Looking ahead to Colombia’s final group game against Senegal, from which they will likely need a win to guarantee their passage into the knockout phase, Pekerman said he was aware the African side – who are a point ahead of his team in the table – may play for a draw.

He said: “I’m sure Senegal has its own style but we’ll stay true to Colombia’s style.

“We’ll do what we can to break those strong and fast Senegal players. It’s true they might play more defensively but with this victory we’re going to have more faith in ourselves.”