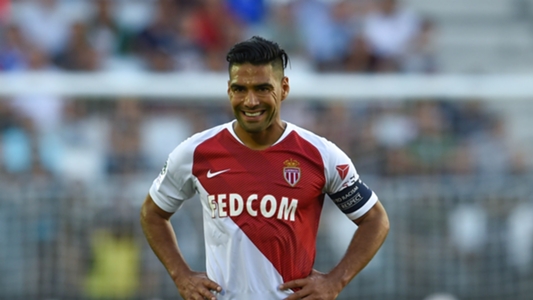 Monaco never had any plans to sell Radamel Falcao during the transfer window because he remains an integral part of their squad, according to vice-president Vadim Vasilyev.

Falcao has enjoyed two prolific seasons in the principality since difficult loan spells with Chelsea and Manchester United in the Premier League, the Colombian scoring 39 goals in 55 Ligue 1 appearances.

Despite his impressive form, the 32-year-old was linked with a move away from Monaco, with AC Milan and the Chinese Super League reported destinations.

But Vasilyev wants Falcao to see out his current contract in Monaco, which still has another two years to run.

“AC Milan never contacted me for him and I read a lot of things about it,” Vasilyev told L’Equipe.

“The rumours about China was true. I don’t believe it anymore. The transfers window is shut, and they [the CSL] have introduced a luxury tax on transfers that makes it unlikely to put so much money on such a player.

“And then we want to keep him, he is the pillar of our project. I would like [that] he [will] go [to] the end of his contract.”

Although Falcao remained, the likes of Thomas Lemar, Fabinho, Joao Moutinho and Rachid Ghezzal all left the Stade Louis II over the close season.

That has meant another unsettled time for the club, something Vasilyev is keen to put an end to.

“In the future we would like to bring more stability and make less changes from one season to the next,” he added. “But without changing the project.

“We realise that balance is hard to find.”