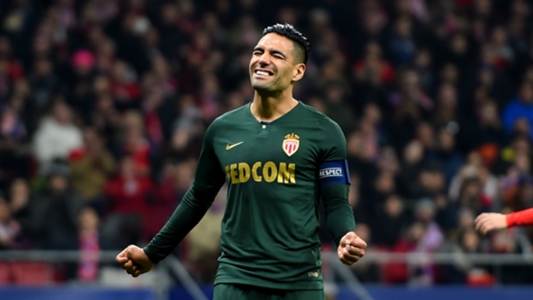 Monaco striker Radamel Falcao has left the door open for a return to Atletico Madrid after taking on his former club in the Champions League on Wednesday.

Falcao came on as a substitute and missed an 83rd-minute penalty in a 2-0 defeat against Atletico that ensured Monaco will finish bottom of Group A.

The Colombia international scored 70 goals in 91 matches over two seasons with Atleti and was presented with a framed photograph prior to kick-off.

Falcao’s contract at Monaco is due to expire at the end of next season and he hinted at a desire to return to the club where he won the Europa League in 2011-12 and the UEFA Super Cup and Copa del Rey the following season.

“We never know in the future. Obviously, Atletico Madrid will always be in my heart. I don’t know, maybe once my contract at Monaco finished, I don’t know what will happen. I am always supporting Atletico Madrid,” said the 32-year-old, before describing what it felt like to go up against his former employers.

“Mixed feelings, a great welcome of the fans, lovely as usual. But we have to turn the page because we have a final at home next Saturday [against Montpellier].”

On the gift he received from the club, he added: “I am always grateful and happy. Not just for the trophies or goals, but the people were really thankful for the effort and the engagement.

“That’s something I identify with. They are the values of this club. I am so thankful and I will keep this souvenir forever.”